As the election administrator, you may have set up your settings to allow the administrator (you!) to view the results anytime after the election begins - yet you're on your "Voter List and Status" page for your live election, and you have a few voters who said they voted, but are clearly not showing as "Voted".

This is not an accident, error, or bug. To explain what you're seeing, take a look at the voter list below. As you can see, four ballots have been submitted, but only one voter is showing as "Voted": 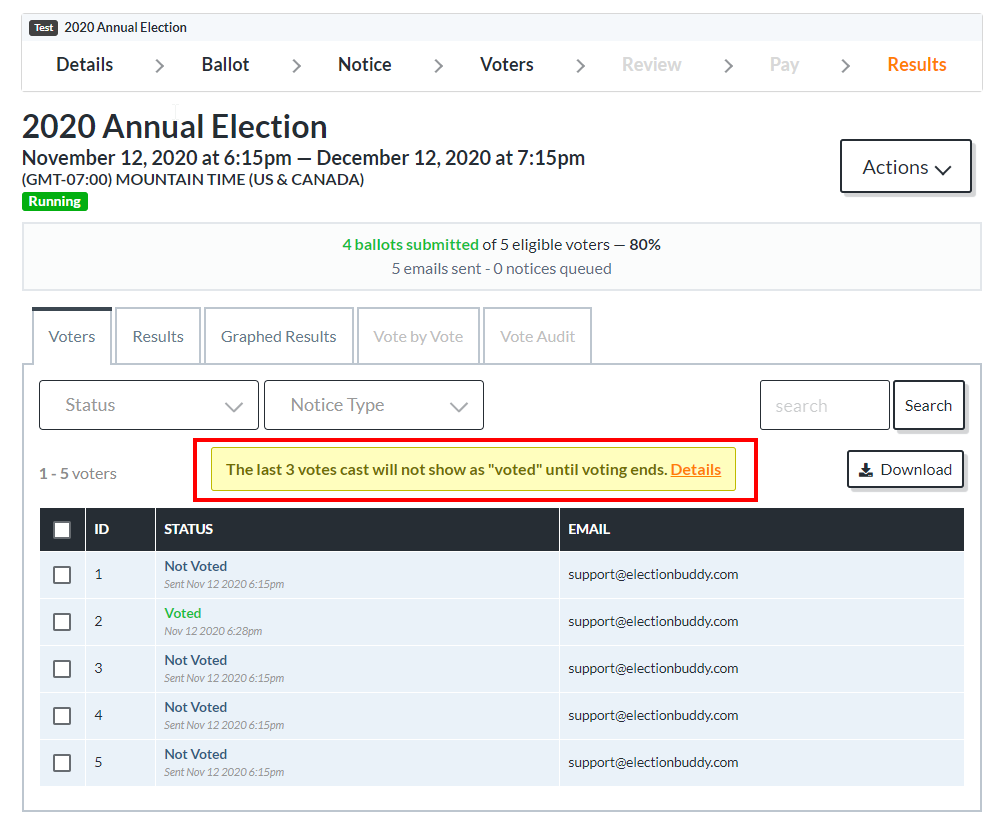 The message in the red box in the above image is the important piece. We hide the status of the last three voters from you, as the election administrator, even though those voters have, in fact, cast their vote.

This security feature is in place in order to protect the anonymity of your voters - it prevents election administrators from being able to see who voted most recently, and which candidate received the latest vote, so you cannot make the connection between the two.

However, once the voter is no longer one of the last three who have voted, their status as "Voted" will become visible. When your election ends, all your voters' statuses become visible, so you will know everyone who did and did not vote!

Did this answer your question? Thanks for the feedback There was a problem submitting your feedback. Please try again later.