Written by Donna
Updated over a week ago

By a large margin, most people use ElectionBuddy for elections. But, did you know that ElectionBuddy also has a feature specifically for the nomination process before an election as well?

It's called the "Announcement" feature. It can be found on the first page of your election setup (the "Details" page): 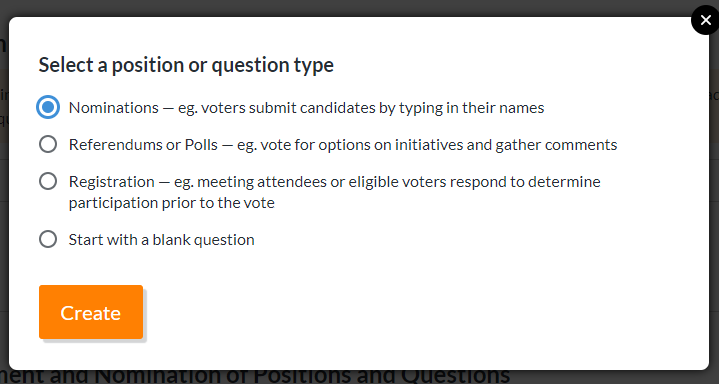 When you create a "Nomination" question, you will need to set the number of candidates that a voter can nominate, and will end up with something like this:

When you create a "Registration" question, you will end up with the below when using the default choices: 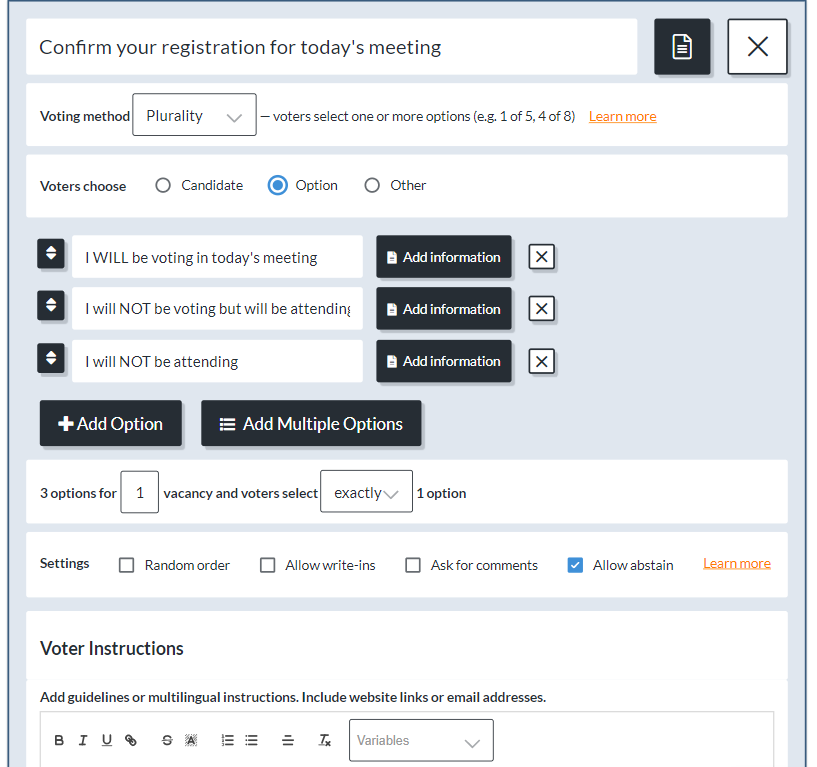