Written by Michael Harvey (he/him)
Updated over a week ago

Voters select one candidate or option from a list of available choices.

This system is used for a wide variety of voting situations including: 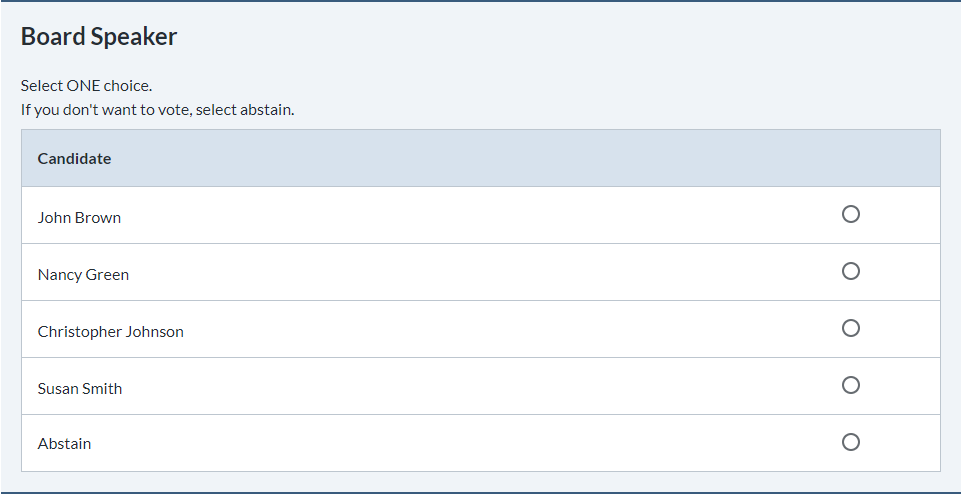 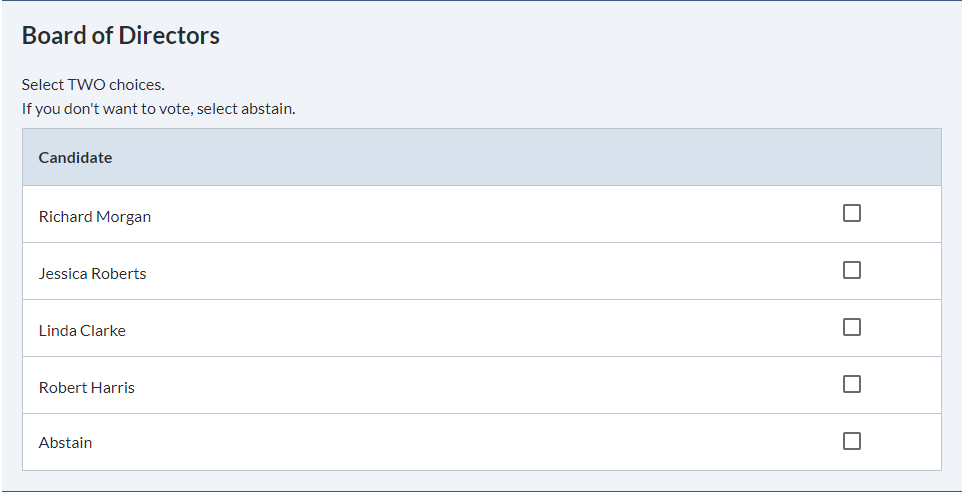