Written by Michael Harvey (he/him)
Updated over a week ago

Announcements are run before a vote, as they are meant to announce the upcoming vote to your voters and capture nominations. Instead of voters choosing between pre-listed candidates, they are given spaces for writing in nominations or alternatively can be set up to select from a drop-down list. The number of spaces for nominations is determined by the administrator during setup. Otherwise, announcements are set up and run very similarly to a vote. 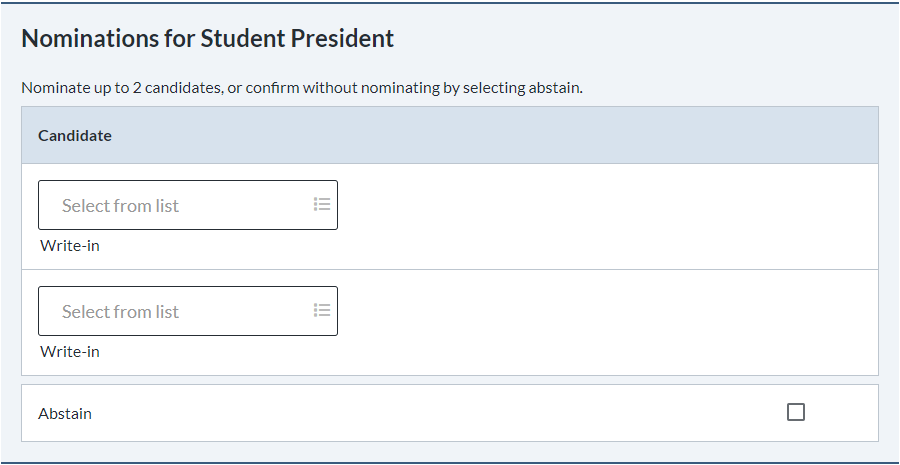