Written by Kuldip Gill
Updated over a week ago

Voters are assigned a set number of votes to distribute for a given position being voted on. The voter may assign those votes to the candidates however they’d like and can do so by clicking the + and - buttons. 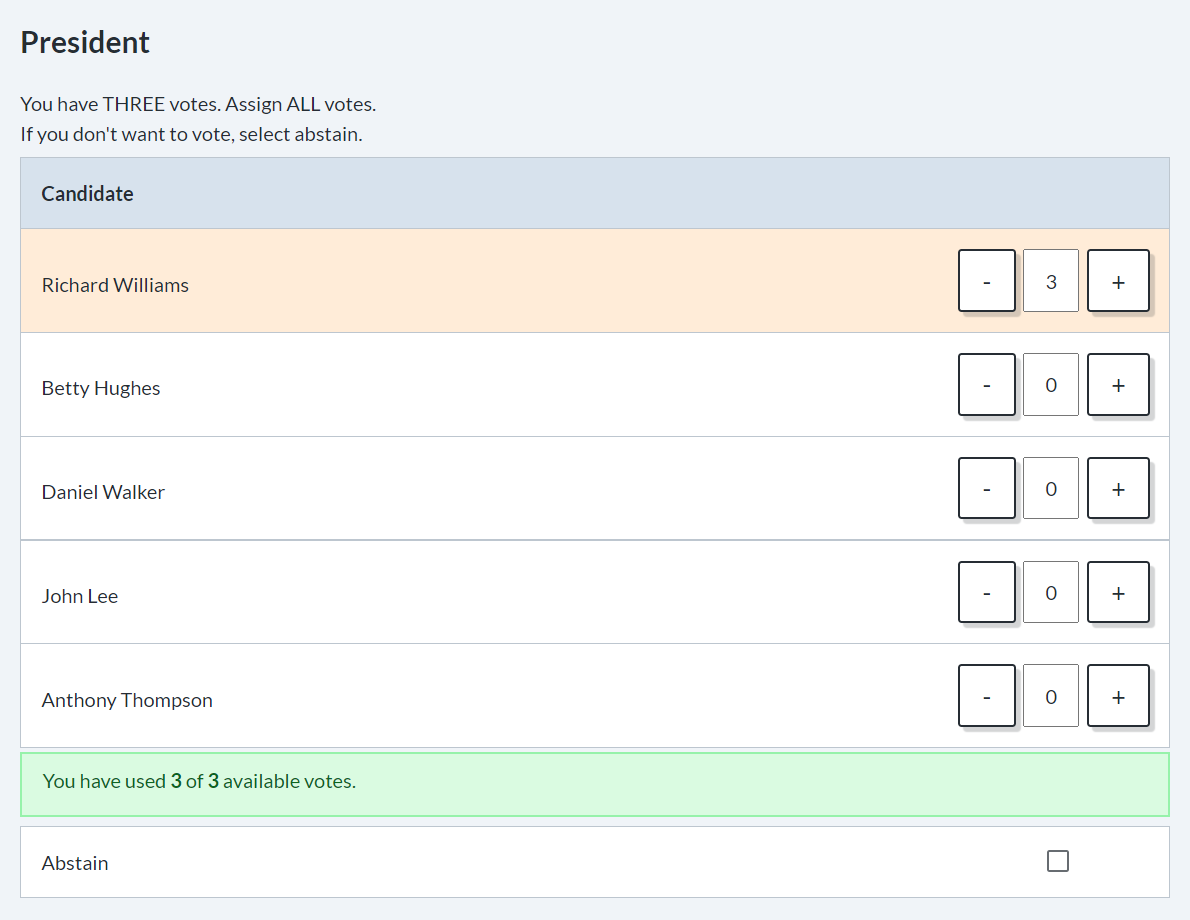 For example, if a voter has three votes to assign, and five candidates to choose from, they could give all three to one candidate, or give one vote to three candidates, or something in between. The administrator decides whether the voters must assign all votes, or whether they may assign fewer votes (up to the total number of votes allowed). 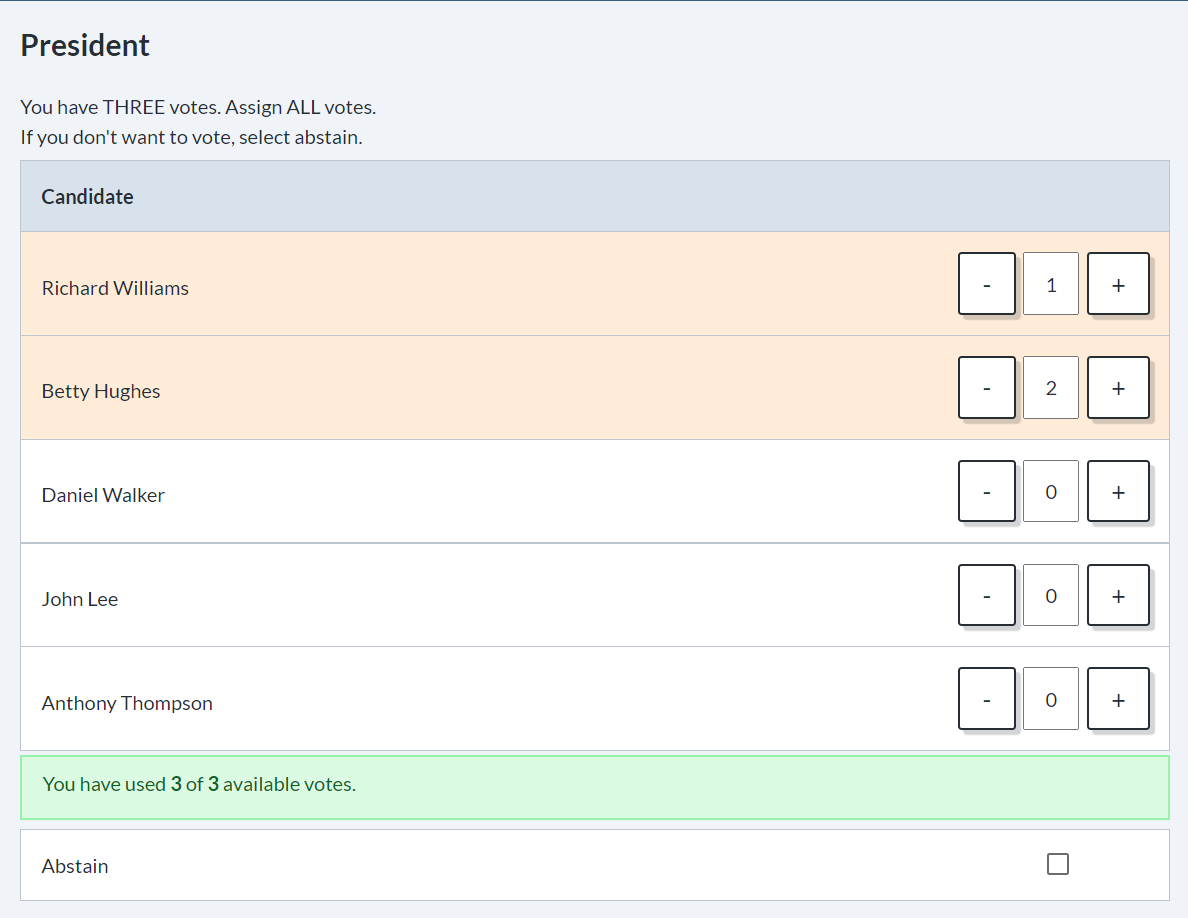 When running a multi-seat vote (i.e. multiple vacancies are available for the position), the candidate with the highest percentage of votes assigned to them will win the first seat. The second-highest percentage wins the second seat, and so on until all seats are filled.