Organize Votes in the Dashboard

ElectionBuddy's Vote Box feature allows you to organize and group your votes into separate Vote Boxes on the Dashboard.

To create a new Vote Box, select the Create New button and then Vote Box. 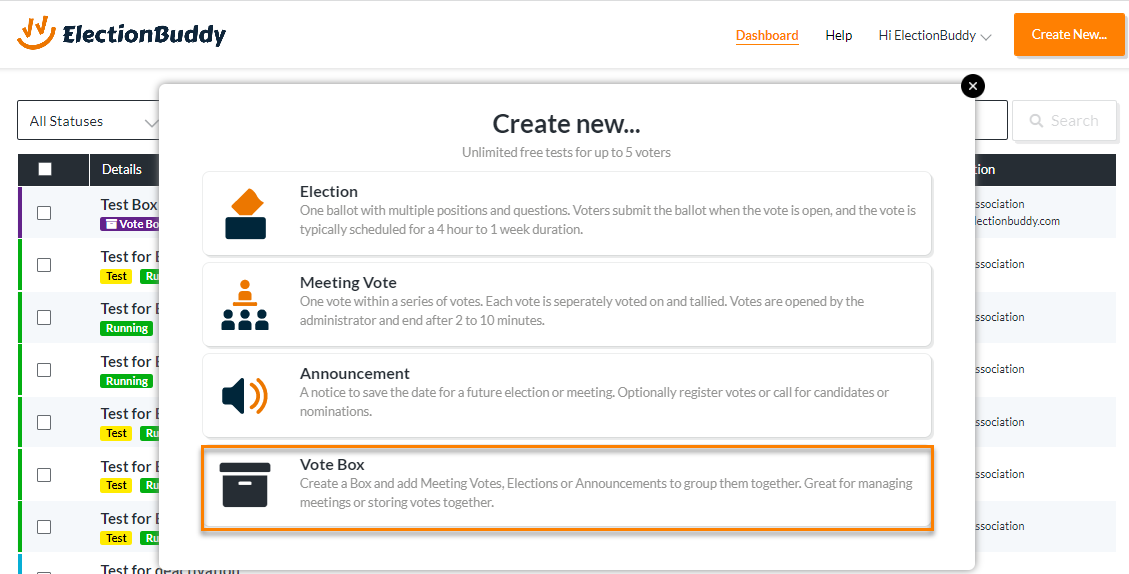 Name the Vote Box and select an organization.

Select a Vote Box from the dashboard. You can then create new ElectionVotes, MeetingVotes, or Announcements within the Vote Box.

Once the Vote Box has been created, you can also organize previous votes by adding them to a vote box.

Remove votes from a Vote Box by selecting the vote, and selecting "Remove from VoteBox".

During the vote setup process, you can add votes directly to a Vote Box on the Details Page.

You can also rearrange the order of how votes appear in the vote box:

Easily duplicate your votes within a vote box: