Voters rank the candidates in order of preference, with “1” being the highest (most preferred) ranking. For example, if there are 3 candidates, the voter chooses 1 beside their first choice, 2 beside their second choice and 3 beside their third choice. 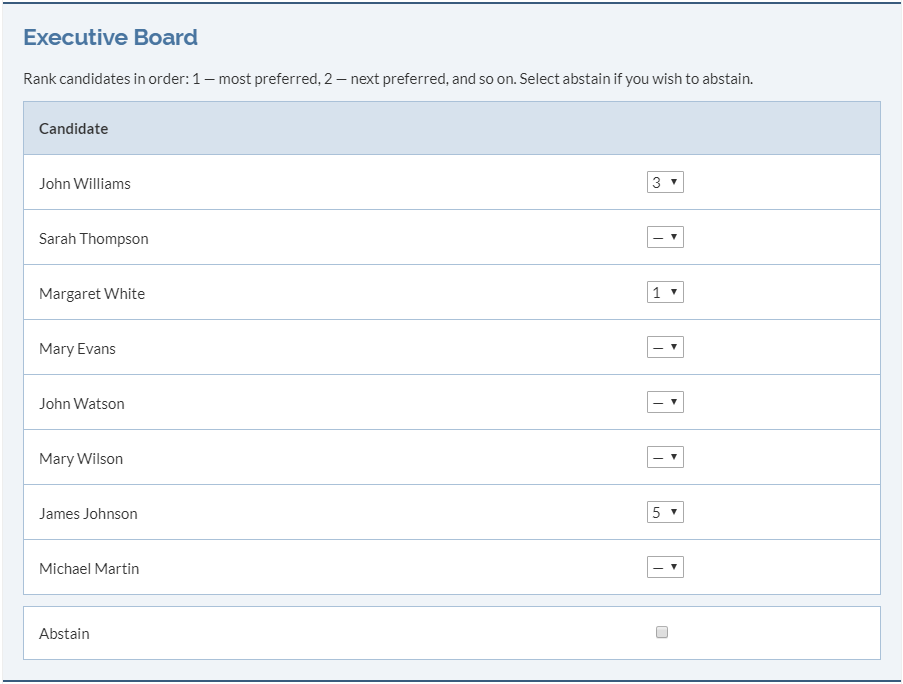 To be considered a valid ballot, the submitted ballot must satisfy the following conditions:

How Preferential Voting Results are Calculated 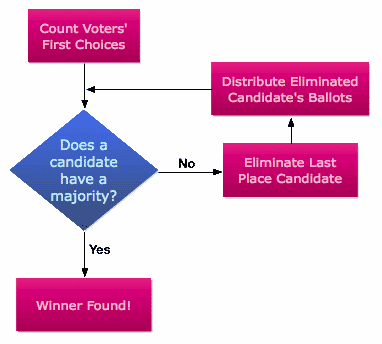 The first preference on each ballot counts as a vote for that particular candidate, and the votes are tallied. If no candidate receives a majority (greater than 50% of the total valid ballots), the candidate with the fewest number of votes is eliminated and the ballots for that candidate are redistributed to each ballot’s second preference. The process continues until a majority is reached by one of the candidates.

Note: There are many variants of tallying and winner selection that can also be done with Preferential Voting, including Single Transferable Vote (STV). ElectionBuddy provides voting details while keeping voters anonymous so that you can select your own winner.